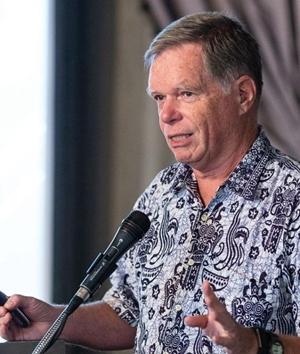 Walker Smith obtained his Ph.D. from Duke University last century and worked with Dick Barber.  He went directly to the University of Tennessee, where he advanced to full professor.  In 1998 he moved to William & Mary and the Virginia Institute of Marine Sciences where he remained until his retirement this year.  He was awarded Sweden’s Prestigious King’s Professorship in 2015 to work at Gothenburg University.  He has had continuous funding from the US National Science Foundation since 1982 to work in polar oceanography, and has published more than 250 peer-reviewed articles, including those in Science, Nature, and Geophysical Research Letters.  He also has edited three books and served as guest editor for four issues of Deep-Sea Research II.  In his spare time he enjoys reading, photography, and sampling beers.

Investigations into the ocean’s productivity and elemental cycles have been revolutionized in the past 50 years by new technologies, which in turn led to new thoughts about how the ocean works.  This talk presents changes that have occurred in the past five decades and how they have influenced our understanding of the processes involved in biological oceanographic investigations.  These will include the use of satellites in collecting information on synoptic and broad spatial scales, trace metal clean sampling, ice core analyses, ARGOS buoys, autonomous vehicles, continuous samplers, molecular analyses, towed vehicles, and numerical models.  All have forced biological oceanographers to re-examine numerous “paradigms” and explore new avenues of research.